Hodl first originated during December of 2013, which is around the peak of the second big pump of Bitcoin history when the price surpassed 1,000 US dollars for the first time. On bitcointalk.org, a frustrated trader by the nickname of “GameKyuubi” started a thread titled “I AM HODLING”. His post is as follows:

It is obvious that he was drunk when he wrote this and wasn’t able to spell hold correctly. However, due to his irresponsible drinking behavior, we are gifted with hodl.

From here, hodl has spread around to all facets of crypto and is the single most iconic meme. Its creator, GameKyuubi, still lives on and posts on bitcointalk.org to this day.

While originally hodl was only meant for Bitcoin, the term has spread around since its coinage. GamerKyuubi has used the word hodl as a present participle in the form of “hodling”. However, since its inception, it has now derived into “hodlers” and “hodl” and is used as a noun as well as a verb.

“Hodler” is used to describe a firm believer that the coin of his or her choice will go up in price. They will hold on to their investment and wait for the price to go up, no matter how long it takes. It has also been used as a bragging right, to show that you have been one of the early believers. “Hodl” has been used as a command, usually as a encouragement for others to hold on to the coins even if the price is falling down. It is also used as a strategy for those that aren’t good at trading but want to participate in the speculation.

Hodl in the media

Hodl has gotten iconic to the point that it has been used in mainstream media as such as Forbes, The Guardian and many others. It was even defined during a Senate Committee on Banking, where J. Christopher Giancarlo testified and communicated to the US Senate.

Here he defined hodl as the backronym “Hold On for Dear Life”. As the popularity of the word “hodl” gotten more and more popular, the meme has also carried this definition. However, the word has its roots back to the misspelling of a bitcointalk user back in 2013 and will still remain this way going forward.

A youtuber named Chris Record Vlogs has made a rap song all about hodling.

Hodl has also had its debut on Last Week Tonight with John Oliver.

And e-toro has poked fun at hodl with its similarities with Hodor from the TV show Game of Thrones.

Hodl has been used as a popular nickname among Bitcoiners with such popular twitter accounts as @MrHodl and @hodlonaut using the term in their pseudonyms.

The term is so iconic to the point that an exchange HodlHodl, has used it in their name.

There are other memes that exist in cryptoverse besides the ever so famous Hodl. There is “When Moon”, a phrase used to ask when the price of the coin they are holding or are looking to hold is going to shoot up in price. There is also “When Lambo”, also used to ask when the price will go up, go up enough to buy a Lamborghini, a luxury vehicle used to signify one’s wealth.

There is another phrase that was coined because of a typo, this time originating from Reddit on r/bitcoinmarkets. On November 11th of 2014, a Reddit user by the name of “qwsazxcde1” had posted this.

He had obviously meant to say “This is it gentlemen” but in the midst of his excitement over the 1D EMA crossing over, he glossed over “it”. Unfortunately for “qwsazxcde1”, the bear market wasn’t over and the price fell down and the bull market didn’t start again until the summer of 2015.

There is everyone's favorite Maxtrix meme of Morpheus telling Neo that he wouldn’t have to sell his Bitcoins when it moons. 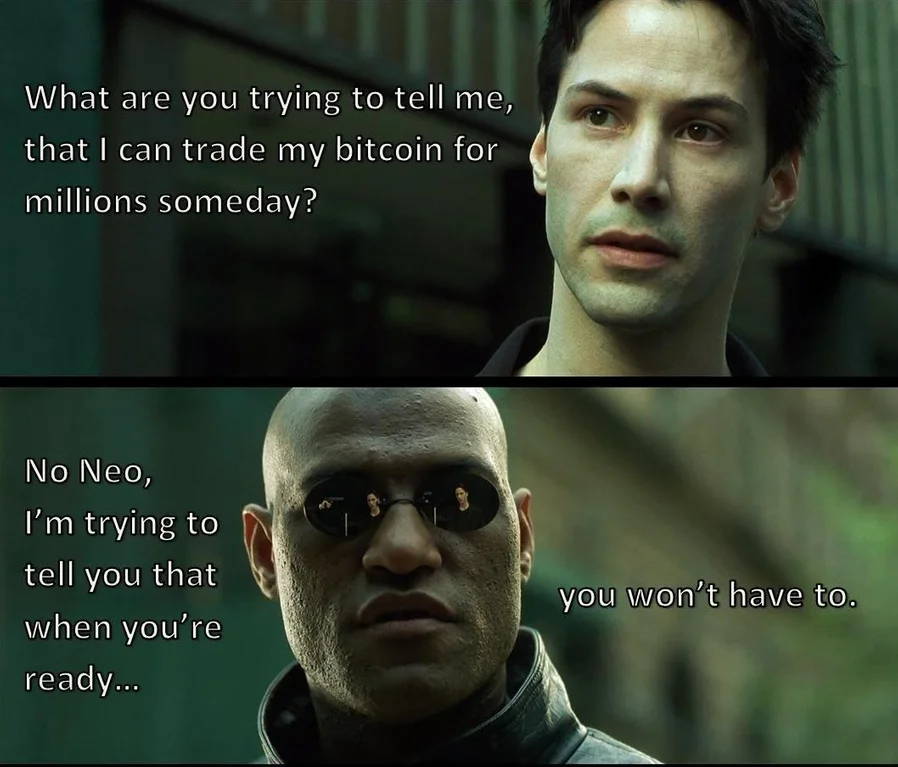 There is the ever so classic reddit wizard meme which is fantastically covered in the medium article here. 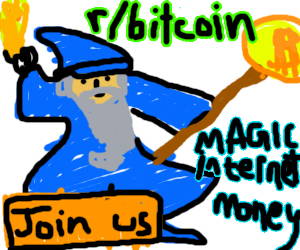 Even though other memes have existed and even more memes are being created everyday, there isn’t a classic, well beloved and meaningful meme such as hodl. It is beloved by everyone including Bitcoiners, Ethereum lovers, Ripplers and even the Bcash people. It is all things crypto and will continue to be the defining word for each and everyone of us. Hodl.

If you would like to properly and safely hodl, then keeping your mnemonic safe and secure is one of the key things that you MUST do. Billfodl solves that problem by providing a easy, safe, and reusable solution to keeping your mnemonic safe from fire and water damage. Be prepared for the next time your portfolio moons and invest in a Billfodl today and become a true hodler.