The Billfodl supports 96 characters, but your seed phrase is longer than that. What's the deal? How are you supposed to recover without the entire 24 word phrase? Not to worry! Read on!

If you have recently purchased a Billfodl™ stainless steel seed word backup storage device, you may have noticed that there are only 96 characters slots available. That means that given any 24 word seed phrase (the words that your hardware wallet told you to write down when you set it up), there would only be 4 characters per word. Upon looking at your word list, you may have then noticed that a great many of these words contain far more characters than just 4. How then are you expected to properly backup your seed phrase?

Well, dear reader, I am here to answer that question for you today.

Let’s take a look at the BIP39 word list here. Take a couple seconds to look over the words, keeping in mind our 4 word limit. Perhaps a pattern (or perhaps the lack of a pattern) may begin to emerge...or perhaps not. If you aren’t seeing it, you aren’t alone. In fact, this is a best kept secret about BIP39: each word on the list is unique within 4 letters (and usually 3). 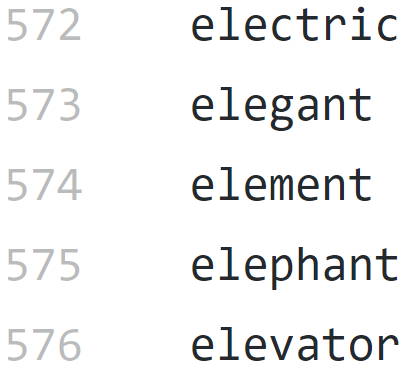 ex.1 : these 5 words are all the same through the 3rd letter. At the fourth, they become unique.

Using Ex. 1 above, we can see that each of these words begins with the letters “ele”. If the Billfodl only supported 3 characters per word (72 characters total), then we’d be in trouble.

So why does the BIP39 list even bother using more than 4 characters per word?

Well, you’d need to ask Marek Palatinus, who wrote the wordlist. However a safe bet as to why is that using words that humans use makes it easier to remember them in the case that you wanted to commit your seed to memory. For instance, remembering 24 ‘words’ like ‘elev’ would be harder than remembering 24 words like ‘elevator’, especially when using memory techniques like mind palaces. The point is, all the characters after the fourth are meaningless to a computer. They’re just there for us dumb humans.

You may be wondering then, “Why not just make the Billfodl so it supports the full seed?”

We chose not to do this for three reasons.

First, the big three hardware wallets (trezor, ledger, keepkey) and likely most of the others will begin to autofill your seed word after about 3 characters (and certainly by the fourth). Because of this, you will likely never even need to input them into a wallet when you go to recover your funds, so having them won’t even help you in the worst case scenario. If, however, you ever did need them, you could just search those four letters you have on the BIP39 word list page and they would be there for you (though we’d suggest you be careful doing this in case you have malicious keylogger malware installed on your machine; just search manually).

Second, if we were to support all the possible seed phrases fully, we’d need to make the device twice as large at a whopping 192 characters. This is because the maximum length of any BIP39 word is 8 characters. It is thus possible that all of one’s words are 8 characters long, and thus you arrive at 196 characters for a 24 word phrase. There are a couple of downsides to this. First, it would make the unit more expensive as it would require more raw materials and more tiles. It would also make the unit take longer to load. All of this for virtually no extra benefit.

With that taken care of, you may have other questions. A common question we get is, “What do I do if my seed word only has 3 letters?” Here is an example: 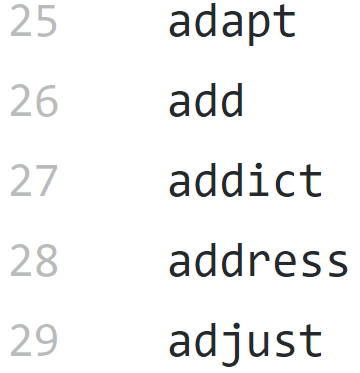 If you look at Ex.2, you will notice that the word ‘add’ only utilizes three characters. The word ‘add’ is not alone. Many BIP39 words only use three characters. In this case, when we fill in our Billfodl, we are going to be making use of the blank tile at the end of that word so that our 4 character series should look like this “ADD(blank-tile)”.

Some of you may also be wondering what to do in case you ever need to recover your funds using this seed phrase. For that, we refer you to ledger and trezor’s pages on this.

And if you don’t have a Billfodl, you may be wanting to pick one up now. Check out the pictures below and get yours here! 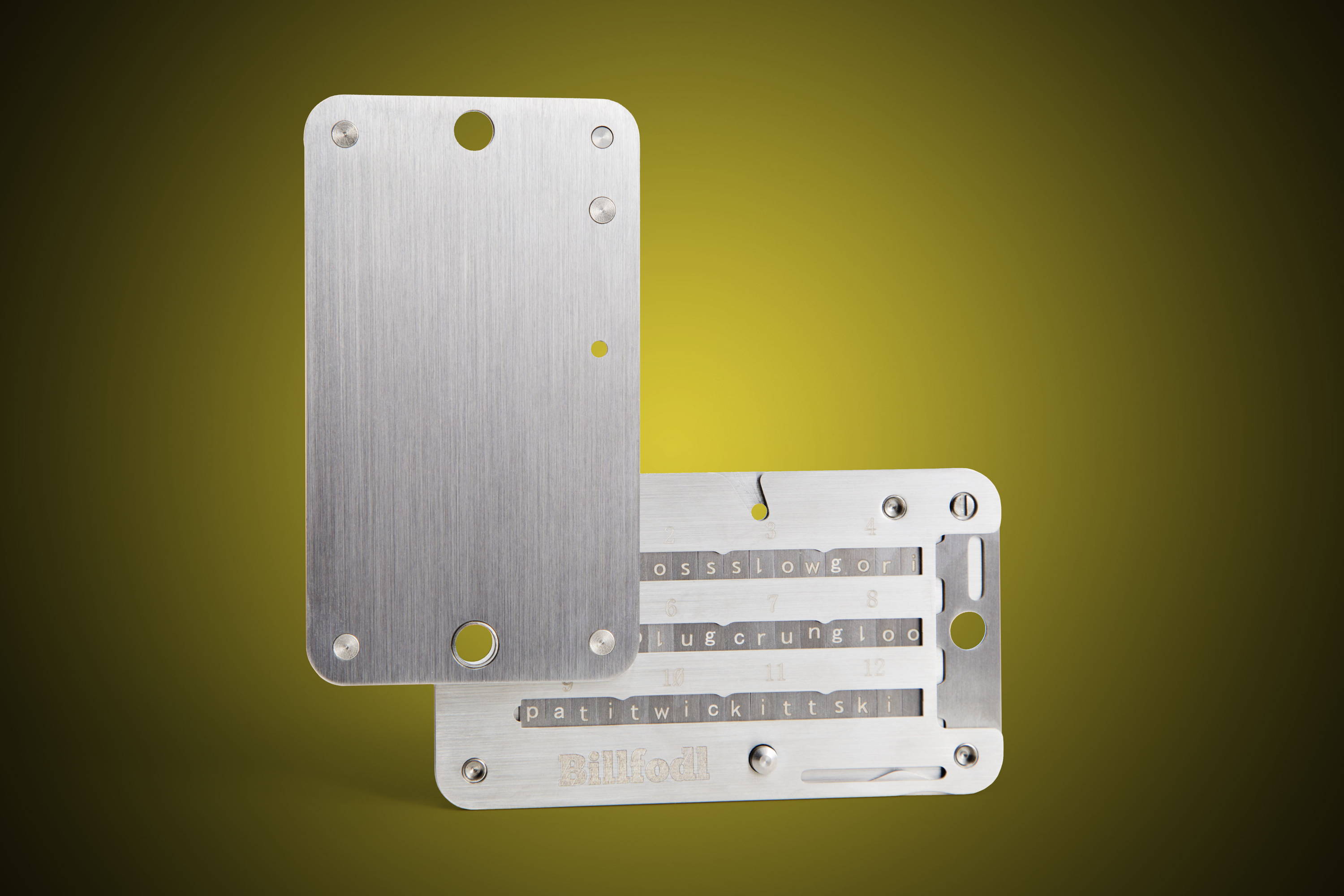 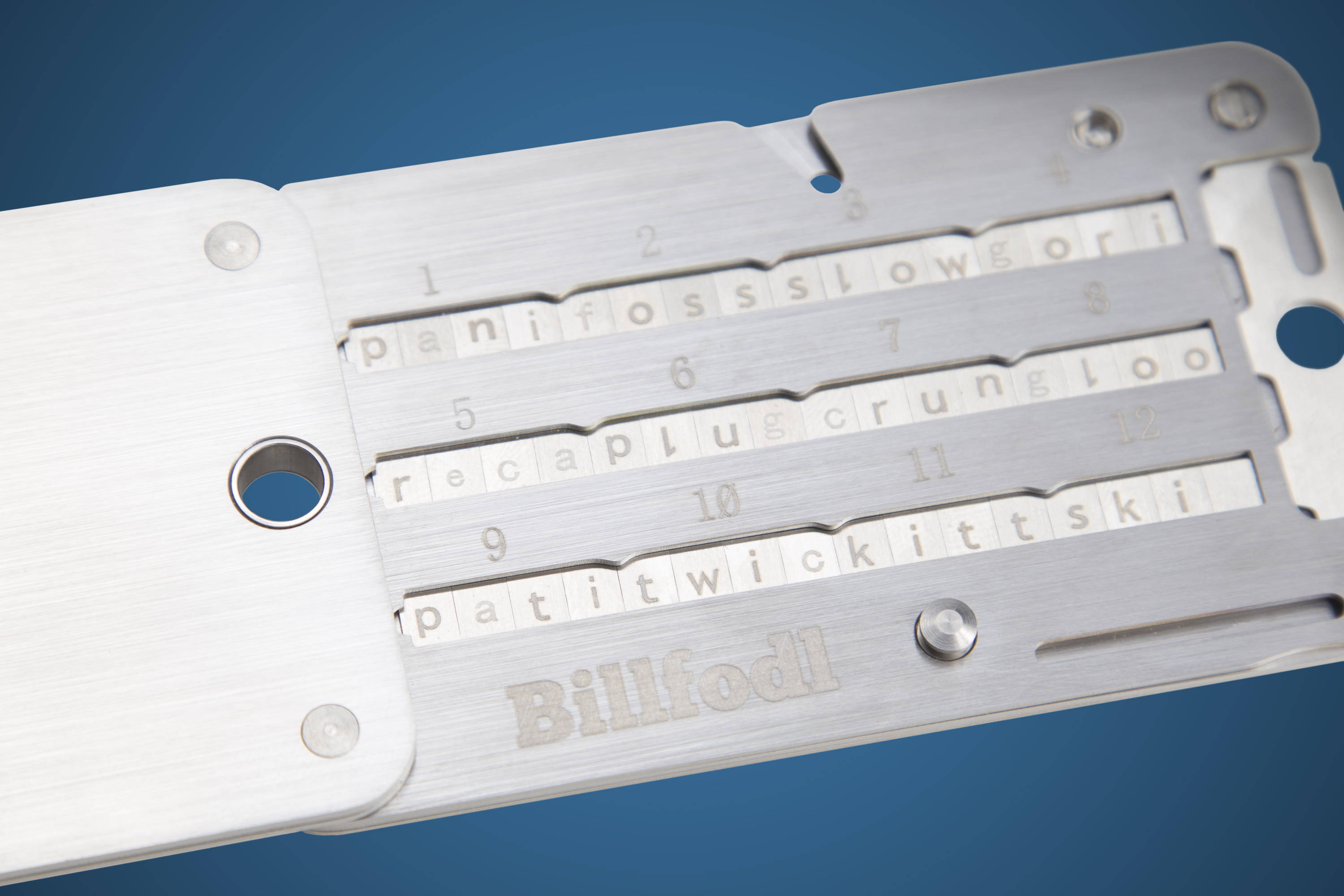 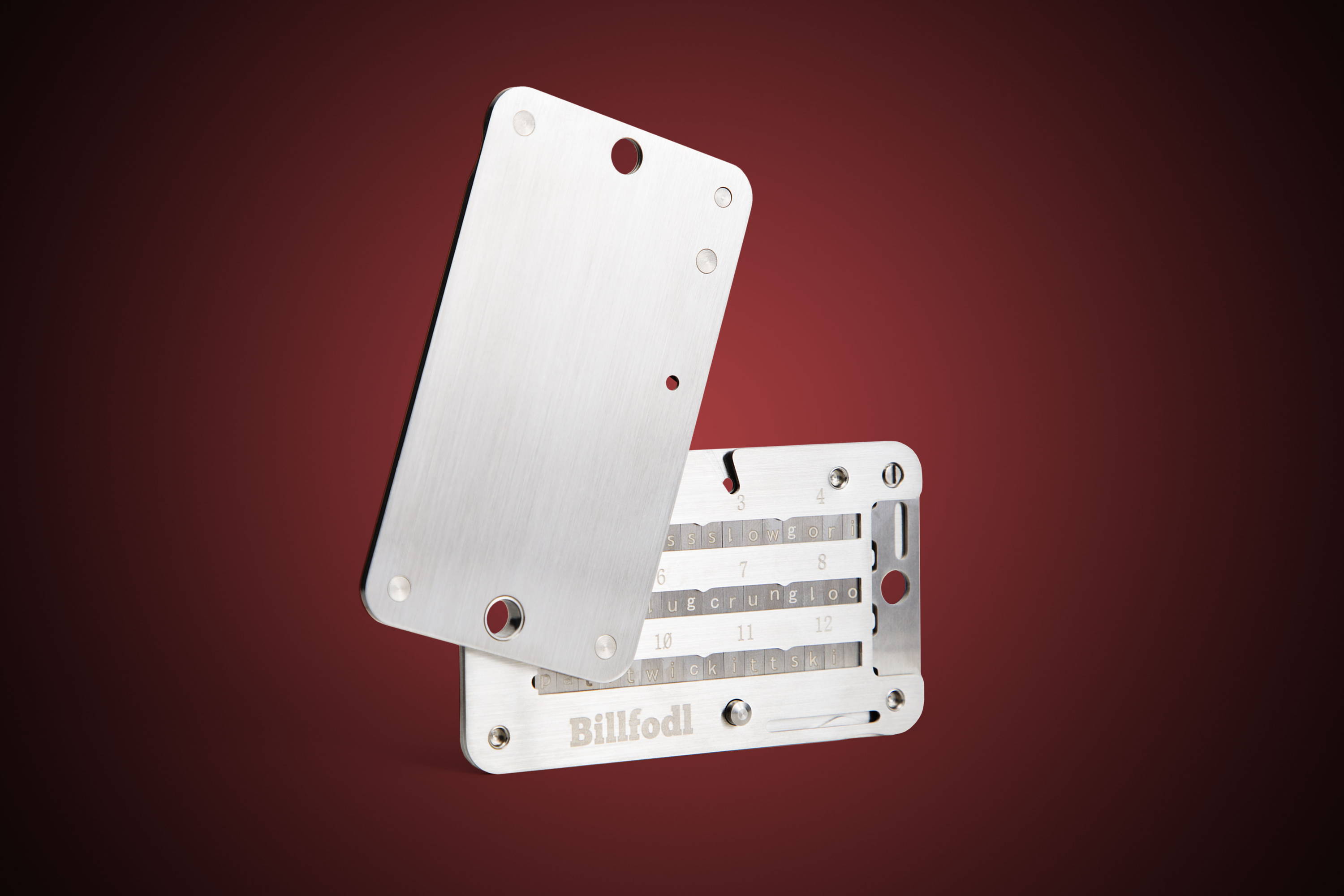