It’s no secret: ICO’s are risky business and you can lose big in the ICO game.

There’s the pump and dump scenario that happens nearly everyday - someone or some group buys up the majority only to promptly sell, cashing out immediately and causing value to plummet into the abyss. Now your coins are worth a fraction of a penny each.

And then of course there’s the outright scam. “Developers” take the money and run, sometimes to the tune of a few hundred thousand dollars and sometimes in mind-numbing amounts. Just last month, a group of Vietnamese developers made off with over $660 million USD from their fundraising efforts behind two tokens, Ifan and Pincoin. They defrauded around 32,000 people.

Many of these people took to the streets. They held up signs. They demanded refunds, but what is more foolish, investing in a classic take-the-money-and-run in the first place or actually expecting to be refunded when a completely unregulated and by-nature shadowy venture doesn’t go your way?

It can be easy to dismiss the duped as fools, until you become one yourself.

In fact, a recent study by an ICO advisory firm (Yes, that’s a thing… and it should tell you something.) found that 80% of ICO’s are scams and only a small eight percent ever go on to be traded on an actual exchange (an achievement that still proves nothing in terms of legitimacy). 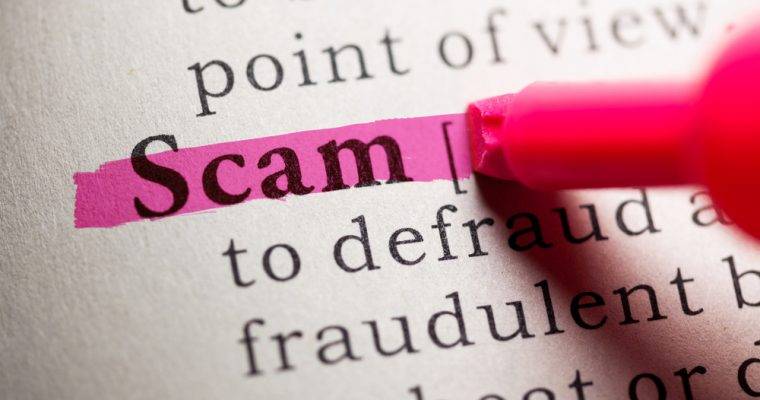 The truth is, you are almost always just gambling more than you are sensibly investing.

Look out for these five red flags in the ICO minefields. At the end of the day, these suggestions are common sense. Not everyone who gets duped by an ICO is an idiot or lacks common sense. But many miss the red flags for any number of reasons. When you see them, run the other way and take your money with you. 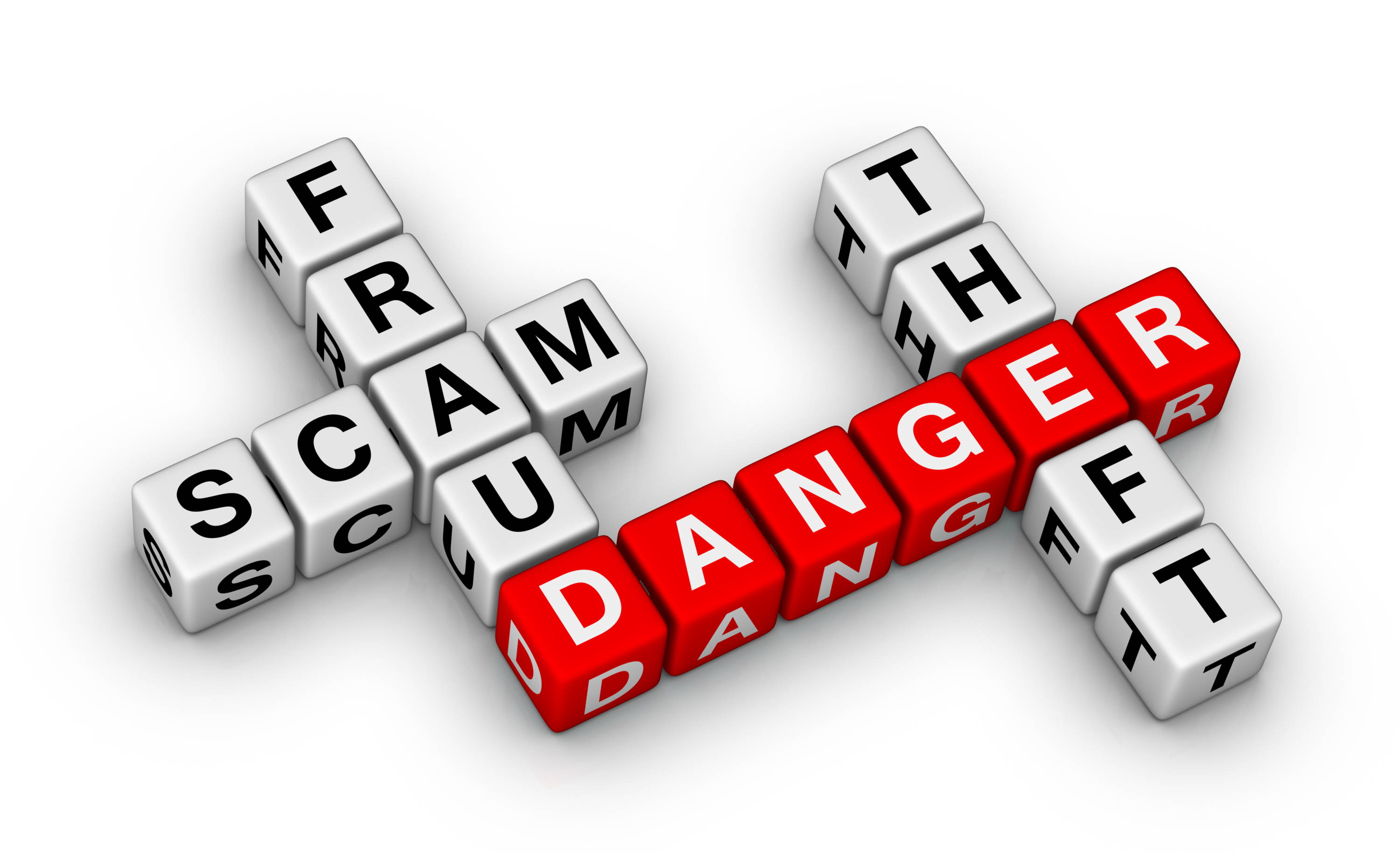 The safest bet is to recognize the biggest red flag of them all - the project has decided to ICO.

There is no greater indicator of the project being a scam than this one. Are there some legitimate (if still ill-fated) projects out there who have decided to ICO? Probably. Regardless, your default attitude should be “guilty until proven innocent”, and we suggest you avoid ICO’s altogether. If, however, you are hell-bent on investing anyway, consider the remaining red flags before doing so.

2. Questionable character/s on the team

Of course, checking out the team members and the people in charge of any cryptocurrency means you’re going to question their credentials. What have they done in the past? Have they successfully worked on blockchain projects before? What are their qualifications?

But these questions will only get you so far. Put your detective hat on. Get into the personal backgrounds of these people.

Of course, checking out the team members and the people in charge of any cryptocurrency means you’re going to question their credentials. What have they done in the past? Have they successfully worked on blockchain projects before? What are their qualifications?

But these questions will only get you so far. Put your detective hat on. Get into the personal backgrounds of these people.

Take for example, a certain founder and CEO of what many assume to be a promising ICO that launched in February. A little digging (and it didn’t take a lot) revealed that this person had actually changed his name. The person he was before was indicted on fraud charges by the SEC back in the early 2000’s, after which he worked for years in the family business. That retail business is still around, and the online reviewers for said business actually mention the word “scam” multiple times to describe their experiences.

This ICO followed the pump and dump scenario and the coin is currently valued at less than $0.01 USD. The team members are no longer listed on the website. (A flag within a flag: RUN if no team or real people are listed.)

These days you can find out anything about anyone for little to no cost. If you’re serious about gambling your money into an ICO, dig into the personal history of the people that call the shots. One bad apple spoils the whole bunch.

3. It's unclear what the coin/platform actually does.

Noobs in the crypto space may have a hard time understanding certain functionalities and applications of the blockchain. But if you have the basic knowledge, you should be able to determine very quickly what a particular crypto or platform does - or at the very least, purports to do.

In a scam situation, you’ll often find super vague language. Some are intelligent enough to save this language for the whitepaper. Others put it right on the homepage, the very place that should spell it out for you. If the wording on the website is already vague, cut and run. If not, always proceed to the whitepaper. Hopefully you already know not to put a dime of your money into any project without first reading the whitepaper. Check for ambiguities and things that just don’t make sense. If you walk away from the whitepaper STILL unclear about the functions of the platform, say sayonara and move on.

Every crypto, particularly one in its infancy, should have a detailed plan, usually laid out by quarter, of its schedule of goals and implementations. These plans are ordinarily located on the homepages of the corresponding websites. The legit token developers are passionate about what they’re doing. They’re excited to share their projects, sometimes even to a fault. They are constantly blowing up Twitter with what they’re currently working on and generally speaking, want to maintain that level of transparency with investors and the general public alike. It’s good for business.

The shady characters often won’t have a mapped out plan on their website or again, will appear vague and confusing. If the plan is outright missing, please run away. If the upcoming map doesn’t feel right or appears too ambiguous and far-reaching, do the same.

5. Is it obviously centralized?

Finally, if the project is highly centralized, you really have to wonder why the project needs a blockchain (or if it even has one to begin with). What problem is the blockchain solving that a traditional boring old append-only database can’t do much more efficiently. In almost every case, the word blockchain is just a buzzword used to make a mediocre project seem not-so-mediocre. 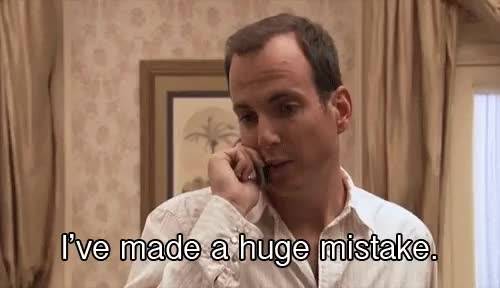 If it smells like a scam, it probably is.

We’ve only scratched the surface here by talking about the MAJOR red flags, most of which are by and large detectable by intuition and common sense. But we must admit: it can be a little fun to watch the train wrecks, we just don't want you to be on the train when it happens.

Thanks for getting to the end! And if you haven't already done so, consider purchasing one of our Billfodls - a stainless steel wallets that protects your hardware wallet recovery seed from burning up in a fire or getting destroyed during a flood. Please use offer code REDFLAG for $5 off your own BIllfodl today. Good for this week only.