Recently, a few of the big money men of wall street have made news with their varying comments on Bitcoin. What’s interesting is that all of these power players have evolved in their public stance on the granddaddy of cryptos, some in a short amount of time.

The scenario is playing out much like a coming of age drama.

The early 90’s GEM of a movie about a new kid in town who eventually earns his place on the local baseball team is an unlikely and surprisingly appropriate allegory for the ever-changing relationship between some of the biggest names in money and the cryptocurrency that makes them stir.

Smalls is the new kid on the block actively vying for the social acceptance of a rag-tag band of baseball players. He ultimately wins it via three avenues:

Bitcoin already has the cool factor by making countless people from all walks of life small to ginormous fortunes. Plenty of Benny “the Jets” a la Richard Branson and the Winklevoss twins have given their seal of approval.

And of course, there’s the game-changing blockchain and applies cryptography tech behind it all, the ace in the hole.

What remains to be seen is staying power.

Below we’ll take a look at public BTC quotes made by 3 of the Top Money Men in America. These guys are already on the winning team, and their acceptance of the new kid (or lack thereof) is an evolving process. 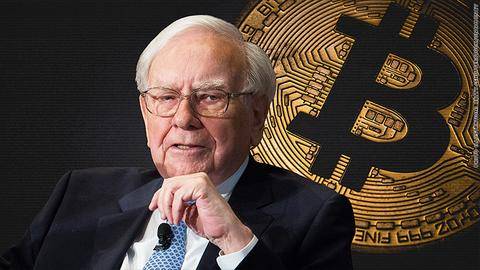 Buffet’s initial criticism of Bitcoin was that for all its practical uses, it simply cannot function as a legitimate currency. He added in the same interiew:

“The idea that it has some huge intrinsic value is just a joke in my view.”

This time, Buffet’s anti-Bitcoin rhetoric stems from the fact that well, he just doesn’t quite understand it.

“We don't own any [Bitcoin], we're not short any, we'll never have a position in them. I get into enough trouble with things I think I know something about. Why in the world should I take a long or short position in something I don't know anything about.” (January 2018 to CNBC)

During the lead up in April to Berkshire Hathaway’s annual shareholders meeting, Buffet maintained his stance against cryptocurrency as a sound investment; this time, attributing its shortcomings to misguided strategy:

“Now, if you buy something like bitcoin or some cryptocurrency, you don’t really have anything.... If you wanna gamble somebody else will come along and pay more money tomorrow, that’s one kind of game. That is not investing.” (April 2018 interview Yahoo Finance)

Before and during the meeting, he added these gems:

Buffet began viewing Bitcoin as something illusory and ultimately, not to be taken seriously. Four years later, he admitted one of his reasons for not getting involved was due to a lack of knowledge on his part; just as he did with Amazon. Buffet conceded he did not grasp how Amazon’s model could play out to an investor’s advantage and consequently passed.

His most recent verbal disdain for Bitcoin echoes the vibe of his past musings on the subject: He’s basically snubbing his nose at it. 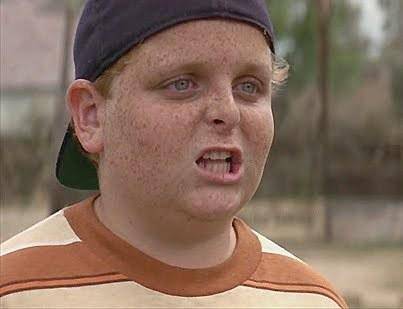 And he can do that. He’s Warren Buffet.

But as any successful investor, particularly one with these kinds of gains, will admit, he’s been wrong before. Amazon is just one example. And unlike the following billionaires, Buffet shows no sign of backing down on his position. That is something we can respect, but there’s a smell of old world arrogance in the air.

To Buffet, Bitcoin isn’t cool. He admittedly doesn’t understand what’s behind it, and he certainly poo poos any notion of longevity, so he’s not letting the new kid on his team anytime soon.

"It's just not a real thing, eventually it will be closed…. Currencies have legal support. It will blow up." (September 2017 Delivering Alpha conference) 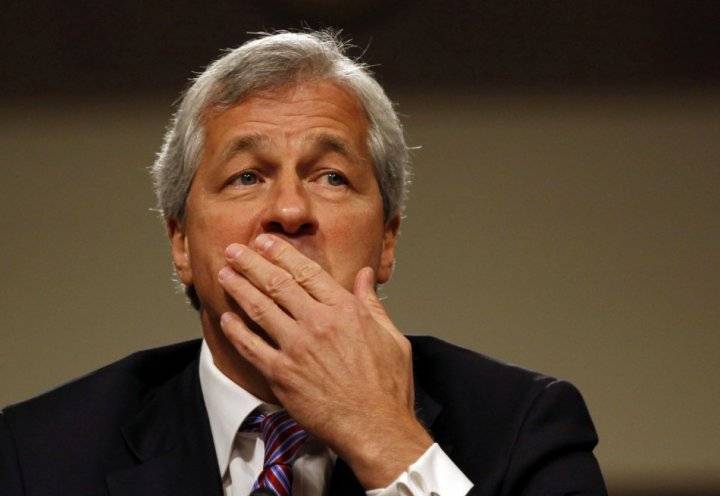 The JPMorgan Chase Chairman and CEO added that Bitcoin is a “fraud” that “won’t end well” and even poked fun of his daughter at the same event, whom he claimed bought Bitcoin and “now thinks she’s a genius.”

Interestingly, JPMorgan Chase has been ensconced in "blockchain" tech since 2015 when it began funding the development of Quorum. It is also a member of the Enterprise Ethereum Alliance and is now involved in a partnership with Zcash. The bank also announced its Interbank Information Network in October of 2017 which is what else? A blockchain payment platform. The launch elicited this caveat response by Dimon:

"The blockchain is a technology which is a good technology. We actually use it. It will be useful in a lot of different things. God bless the blockchain."

In January, Dimon admitted that calling Bitcoin a fraud was a mistake he regrets, and told Fox Business,

“The blockchain is real.”

An obvious and incontestable fact and also barely an admission of error on his part.

Like Buffet, Dimon’s initial public remarks on Bitcoin showed he also viewed it as illusory and joke-worthy, even though JPMorgan had already been in the crypto space for about two years prior.

While he did backpedal, he only now upholds what’s behind BTC: blockchain technology, the baseball signed by the Great Bambino himself. He does not come out in support of Bitcoin or any other cryptocurrency, playing it safe to appease old and new schools alike. He’s giving the new kid a chance, but only because blockchain is a buzzword thats playing to an enthusiastic audience right now. This allows him to steal some of the star power from an actual innovation that should otherwise put him out of the job. We can only hope. 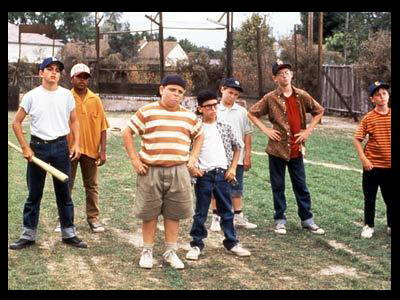 “Its value is a function of supply and demand. It doesn’t really do anything else.” (October 2017 interview with Bloomberg) 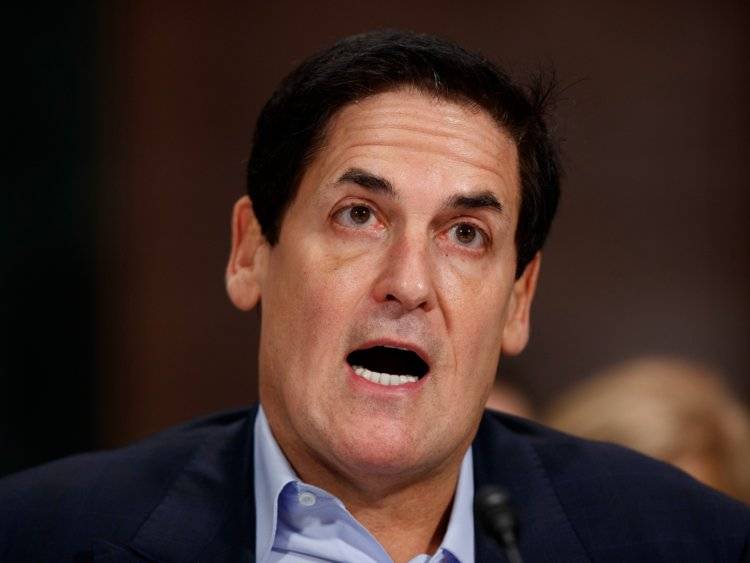 In the aforementioned interview, Cuban compared Bitcoin to baseball cards.

He also claimed to have a “relatively small stake” in the currency and like the previous big money men, portrayed a nonchalant attitude about crypto. Like Dimon, he did talk up blockchain in the same interview, having publicly praised it in June of the same year as well.

In January, Cuban announced that fans will be able to purchase Dallas Mavericks tickets for the upcoming 2018-2019 season with Bitcoin and Ethereum, a huge move to push cryptocurrency further and further into the cultural consciousness.

And what better avenue than professional sports.

Again maintaining his nonchalant view on the whole thing, Cuban gave this reason for the decision in a January interview:

Someone with Cuban's expertise and savvy would have to be crazy to place his bets on a hand they compared to baseball cards.

And Cuban isn’t crazy. But he is cool. Just like this guy. 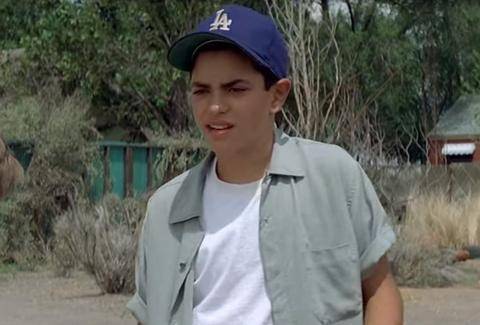 Adopting Bitcoin as a form of tender for basketball tickets is a forward-thinking move that will no doubt see other franchises follow suit. Like Dimon, there’s a hesitancy to publicly back the currency, but a total sense of ease with praising blockchain technology.

"You're killing me, Smalls!"

Like Smalls, BTC is a contested character in the financial world among the players who’ve already made their mark. A new kid with talent is always a potential threat to the status quo. And the big money men are reticent to accept BTC, which is why we see people like Dimon and Cuban ready to praise blockchain technology, but reluctant to come out in favor of Bitcoin directly (Bill Gates is also in this constituency, but he would’ve made the article too long). Though Cuban won’t admit it, he’s also swayed by the cool factor.

Buffet is sticking to his guns. His acceptance hinges on the most difficult factor: staying power. For him, and many movers and shakers like him, endorsement from successful people and a valuable resource behind it are not enough to welcome Bitcoin onto the team. Only time will tell if the old schoolers will eventually concede to a new game with different rules than they’re used to. The tension is palpable. Which makes this a fun one to watch.

Thanks for getting to the end! And if you haven't already done so, consider purchasing one of our Billfodls - a stainless steel wallets that protects your hardware wallet recovery seed from burning up in a fire or getting destroyed during a flood. Please use offer code SANDLOT for $5 off your own BIllfodl today. Good for this week only.